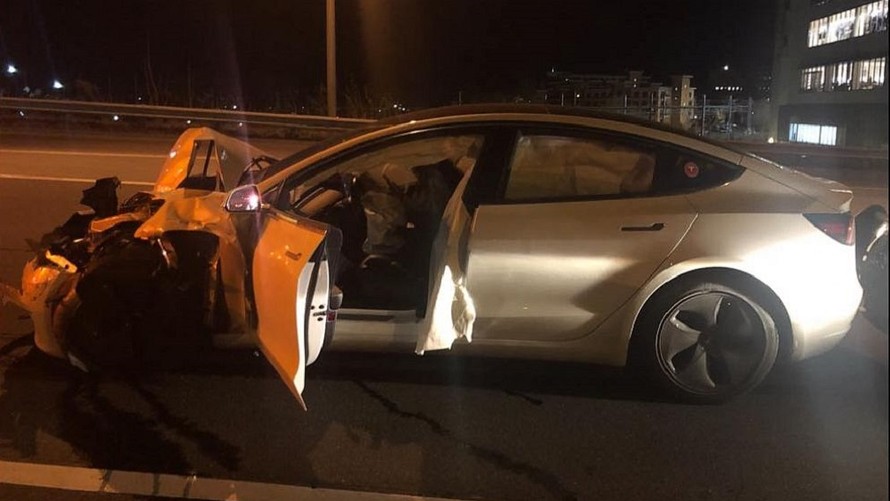 On Saturday, a Tesla Model 3 on auto-pilot crashed into two vehicles — one of them belonged to the Connecticut State Police, according to ABC News.

So why was driver relying on the self-driving software?

He explained that he was checking on his dog in the back seat, said police, who were called to the scene in Norwalk, Conn., to assist with a disabled vehicle that was occupying a lane. The Tesla ended up hitting both the police cruiser and the other car. No injuries were reported.

The unidentified driver was issued a misdemeanor summons for reckless driving and reckless endangerment, police said, explaining to ABC News that “regardless of your vehicles capabilities, when operating a vehicle your full attention is required at all times to ensure safe driving.”

Autonomous cars are clearly still a work in progress, but Tesla TSLA, +1.67% boss Elon Musk, during the company’s third-quarter earnings call, laid out an optimistic and aggressive timeline for their emergence, predicting that we’ll see “fully-functional full self-driving” cars by the end of the year.

Musk, however, said he believes it will take another year before drivers can completely be taken out of the self-driving equation. And at that point, there will be plenty of regulatory red tape to navigate.

Earlier this week, representatives from the auto industry, brought together by the Coalition for Future Mobility, argued at a forum on Capitol Hill in favor of creating federal rules and standards around autonomous vehicles.