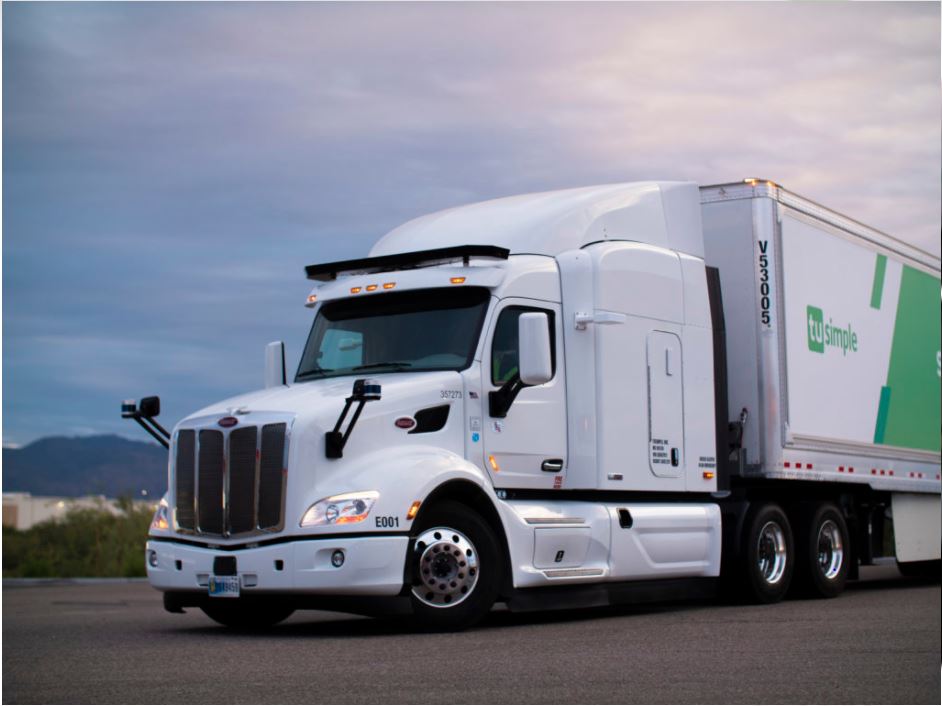 A new generation of autonomous truck technology is emerging, funded in part by North American trucking companies, truck manufacturers, and even railroads and driven by shipper demand for trucking capacity and carrier need for truck drivers and improved safety.

Two of the largest US truckload carriers, Schneider National and Werner Enterprises, on Wednesday joined other transportation companies that have invested in TuSimple, an autonomous vehicle technology developer with operations in China and the United States. The investments, the value of which were not disclosed, were revealed in separate statements.

Trucking companies are eager to invest in technologies that will improve truck safety, helping them avoid accidents and multi-million-dollar decisions against them in accident lawsuits. That’s of interest to shippers as well, as plaintiffs may sue the owner of the freight, not just the carrier. Greater automation is also seen benefiting shippers through the development of new services.

TuSimple also announced a new executive advisory board that includes top executives from Schneider, Werner, US Xpress Enterprises, and Canadian National (CN). Each of those companies has invested in TuSimple, along with Union Pacific, UPS, and vehicle manufacturers Navistar, Traton, and Volkswagen AG, and Nikola owner and advisory firm VectoIQ.

The road ahead for autonomous trucks is shifting as investors pour funding into the technology companies developing them. “There’s a lot of money flowing into technology right now, and autonomous is benefiting from that,” said Andrej Divis, head of global truck research for IHS Markit, the parent company of JOC.com.

An E series funding round brought TuSimple $350 million in November. TuSimple has raised $648.1 million in nine funding rounds since 2015, according to investment information platform Crunchbase. Competitor Waymo, which got its start as Google’s self-driving vehicle project and is developing autonomous cars and trucks, raised $3 billion last year in two funding rounds.

Other autonomous technology companies are moving ahead with plans and partnerships. Aurora Robotics, founded by former Alphabet (Google) and Tesla executives, on Tuesday announced a partnership with Paccar, the maker of Peterbilt and Kenworth trucks. The companies said they plan to deploy self-driving trucks “at scale over the next several years.”

Such levels of investment, and in TuSimple’s case direct industry participation, signal development of autonomous trucks and other vehicles is accelerating and entering a new phase, one that automated truck company Ike co-founder and CEO Alden Woodrow has said is more about “the business of trucking” and less about the allure of new technology.

Ike, which raised $52 million in one round in 2019, was acquired last month by Nuro, a robotics company developing small, autonomous delivery vehicles. Nuro has raised $1.5 billion in four founding rounds since 2016, including $500 million raised in November. The two companies may be able to drive long-haul and local vehicle automation deeper into supply chains.

“Some of the early companies that made headlines, like Otto, aren’t around anymore,” Divis said. “We’re seeing more companies partnering with established industry players,” both truck manufacturers and transportation companies, he said. “We’re moving from an era of independent companies into more of an alliance phase.”

Decisions by Werner, Schneider, and US Xpress to invest in TuSimple underscore a change in how trucking companies view autonomous or automated trucks. Initially, autonomous technology was viewed as a means of replacing truck drivers, or adding capacity when drivers are hard to find. But a new perspective is emerging that is less black-and-white.

Instead of replacing truck drivers, think of autonomous technology as “enhancing” a truck driver’s ability to do his or her job, while improving his or her safety. And as they’re introduced, autonomous driving systems could be linked with other technologies, and that may eventually change the services trucking companies provide shipper customers in unexpected ways.

“There’s a lot of attention paid to L4 and L5 autonomous technology (referring to more advanced autonomous and truly driverless systems), but the action now is on the enhancement side, making the truck safer, adding sensors for enhanced driver awareness,” said Divis.

The development of autonomous truck technology is following a pattern seen before: A new technology is introduced with much fanfare and hype only to see initial predictions fail and interest fade before the technology emerges again in a slightly different form and a new context. In this case, that context may be a shift from “driverless” to “technology-enhanced driving.”

“We have always been a driver-first company,” Derek Leathers, Werner vice chairman, president, and CEO told JOC.com. “We will be proactive and open about our investment. We will convey that the benefits of autonomy are safety and quality of life to reassure our professional drivers that the investment is to enhance their driver experience, not to replace them.”

There’s still plenty of talk among technology companies and in the general media about how autonomous vehicles will replace truck drivers just as the combustion engine replaced the horse. But trucking executives are more focused on improving safety — reducing accidents and accident liability — and drawing truck drivers to their companies with safer equipment.

“There will always be a need for well-trained and safe professional drivers, and it’s important that we play a key role in safely developing and testing this technology to be the most prepared,” Mark Rourke, president and CEO of Schneider, said in a statement Wednesday.

Leathers likewise sees his company’s partnership with TuSimple as a long-term venture. “In the end, this is a marathon and not a sprint,” he told JOC.com. The development of autonomous trucks “will happen over an extended period,” and not in isolation from other technologies, such as apps that provide drivers with more digital resources and shippers with freight visibility.

Last May, Werner launched a new technology platform called Werner Edge to make the carrier more “driver-centric” and provide better visibility for shippers. “We are actively exploring ways to leverage all types of developing technologies that help us safely enhance our drivers’, associates’, and customers’ lives,” Leathers said. TuSimple, he said, fits in that equation.

The investment in TuSimple “is about timing, a combination of having the right technology and the opportunity to pair our teams together to further advancements in this space,” Leathers said. 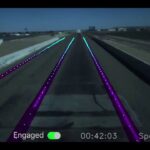