TuSimple is delaying its purpose-built production truck until 2025. (Photo: TuSimple)

TuSimple is delaying commercialization of its purpose-built autonomous trucks until 2025 while relying on retrofits of existing Navistar equipment to expand driverless routes from Arizona into Texas.

“The commercialization is not tied to the production trucks,” Pat Dillon, TuSimple chief financial officer, said on a call with analysts Tuesday. “We’ll be using retrofitted trucks initially starting at the end of 2023 into 2024.”

Production-intent prototypes from Navistar International’s plant in Escobedo, Mexico, will begin going to customers for testing in 2024 before fully integrated models are delivered in 2025.

“All of these are pretty mature technologies,” CEO and Chairman Xiaodi Hou said. “They just need to go through different engineering development gates to be integrated into the system. It’s really about time. It’s not about anything we’re waiting for or a physical-level innovation.”

TuSimple slowing down in several areas

The San Diego-based company also said it is cutting back on adding to the 11,200 miles of high-definition mapping needed for its Autonomous Freight Network (AFN).

“We do not need to map where we don’t operate,” Hou said. TuSimple also expects to add more slowly to the 7.2 million autonomous miles driven to date.

“It’s not about trying to grow the cumulative road miles just for the sake of that metric,” Dillon said.

TuSimple (NASDAQ: TSP) also is delaying until Q3 a partnership with Union Pacific so it can haul intermodal containers rather than dry vans for the railroad.

The slowdown by the acknowledged leader in autonomous trucking suggests that the 2024 date for commercialization may be too aggressive.

It has completed 10 pilot runs between Tucson, Arizona, and Phoenix since December.

The next steps in the autonomous evolution will be removing chase vehicles from the runs over the next two years, the company said in its shareholder letter. That will reduce the cost-per-mile operation.

TuSimple trucks are able to locate and pull over to the side of the road on their own without any human involvement. That is one of several safety requirements before the trucks can go it alone.

Will TuSimple spin off its China business?

The company is continuing to look into the spinoff or possible sale of its China operations. The business in Asia is not favorably reflected in TuSimple’s stock price, Dillon said.

“Definitely we are U.S. first because in the U.S., they have the best policies to commercialize autonomy,” Hou said.

Dillon said looking at options for the China business was not driven by a national security agreement TuSimple signed with the Committee on Foreign Investment in the U.S. earlier this year.

“This is purely looking to unlock financial value that we don’t think is reflected in our share price today,” he said.

TuSimple had more than $1.2 billion on its balance sheet at the end of Q1. That should be enough to fund its commercialization plan. Resetting the China business would lower the company’s cash burn and be “a lever that could provide additional runway on our balance sheet,” Dillon said.

At present, the China business accounts for about a fifth of the loss in earnings before interest, taxes, depreciation and amortization. TuSimple expects no meaningful revenue from China for the rest of the year. 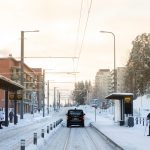 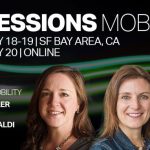