Waymo is arguably the leader in the world of autonomous cars. With more miles covered than the majority of its competitors and a working autonomous taxi service in Phoenix, the company is currently setting the standard for others to follow. But, even Waymo knows that you can never have too much testing. That’s why the company is looking to build a new facility in Ohio for more driverless testing.

The new facility in Ohio will be built in partnership with the Transportation Research Center and be used as another place to test its autonomous vehicles. More specifically, Waymo is looking to use the center as a place to put its autonomous systems through more complex urban driving situations. Additionally, Waymo specifically chose Ohio so its vehicles can get more testing in wintery conditions. Having lived in Detroit for multiple years, there’s plenty of snow to go around in the Midwest.

Special autonomous testing centers like the new one Waymo’s working on allows the company to focus on specific tests without putting people in danger. The company can make complex situations that the vehicles may never see in the real world, which is another advantage. The whole purpose of doing this is to see how the vehicles react. This makes the system smarter and better at dealing with real-world situations.

The new facility in Ohio, especially if the automaker manages to get it up in time for winter, will give the company an excellent environment for testing its vehicles in the snow. But Waymo also announced another new facility in California. This will be the company’s second one in the state and will be based in Menlo Park, which is located near parent company, Alphabet, headquarters in Mountain View.

Unlike the work being done at the new facility in Ohio, the one in California is focused on Class 8 trucks. A Class 8 truck refers to a semi-truck with a gross vehicle weight rating above 33,001 pounds. The decision to come out with a new facility for semi-trucks may sound like a surprise, but Waymo recently announced that it would work with Daimler to bring a self-driving semi-truck to the market. In the future, the two want to have a Freightliner Cascadia truck from Daimler that will feature Waymo’s autonomous technology.

The new facility in California will officially become a place for testing next year. After Waymo begins testing semi-trucks at the facility, it will expand its autonomous presence in the Bay Area shortly after.

With new facilities to test autonomous vehicles in different conditions, tougher urban settings, and a new location to test Class 8 vehicles, Waymo is setting itself up to widen its gap to its competitors. 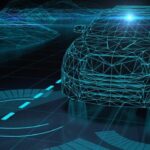