Apple has spoken about its plans for self-driving cars for the first time.

The company won’t be building its own vehicle, boss Tim Cook said. But it’s doing something that might be even more important: building technology that can be put into a car to make it able to drive itself.

He said that the company was excited about such developments, including electric cars. For the moment however it is focusing on “autonomous systems”, something that Mr Cook said could be used to power self-driving vehicles in the future but a range of different products too.

Asked whether he was worried that Apple was being left behind by more vocal self-driving car companies like Google and Tesla, Mr Cook said that he recognised that disruption was coming – but that Apple was working to deal with it. Read more… 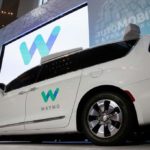