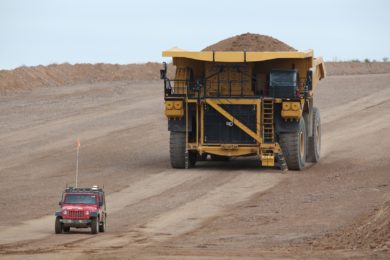 Caterpillar has reached a significant milestone of 500+ Cat® autonomous trucks in operation worldwide, stating: “This achievement is exciting not only for the mining industry, but also our broad customer base as we scale autonomy into quarry/aggregates and construction industries’ product lines with competitive offerings. While Cat mining trucks have been around for generations, each new class brings cutting-edge technology built on a foundation of industry leadership. No doubt, these massive yellow machines are the heavy haulers of the mining industry. Their sheer size is daunting. And the fact that these trucks get the job done without an operator in the cab is, well, seemingly magical.”

The statement adds: “Of course, it’s not really magic. Nor is it new. Caterpillar has been investing in autonomous development for decades. From 1994 to 1995, Caterpillar ran the first two prototype Cat 777C autonomous mining trucks at a Texas limestone quarry, where they successfully hauled more than 5,000 production loads over a 2.6-mile course. Then in 1996, MINExpo guests witnessed a live autonomy demonstration via satellite from Tinaja Hills Demonstration and Learning Center. And that was just the beginning. Today, Caterpillar has the world’s largest autonomous fleet of haul trucks – now numbering more than 500 machines. But it’s not surprising that Cat equipment leads the industry in automation. Our engineering teams look to the future when developing onboard technology, and we partner with our customers to ensure our products and services are tailored to achieve our customers’ specific business goals and meet the industry’s most pressing needs.”

Caterpillar Resource Industries Group President Denise Johnson commented: “Congratulations to the Caterpillar team and our customers on reaching this impressive milestone. Having 500 driverless trucks in operation across the globe is tangible evidence of our ability to innovate and a clear indication of Caterpillar’s commitment to the future of mining.”

The company now has autonomous mine sites operating 24/7 on three continents. At year-end 2021, customers using Cat Command technology had safely hauled more than 4 billion tonnes and travelled over 145 million kilometres (about two-and-a-half times the circumference of the Earth) autonomously — a figure it says is significantly more than any competitor. “It’s easy to see why customers across multiple industries are interested in autonomy – driverless trucks are safer and have up to 30% improved performance over those with operators. And we’re just getting started. By leveraging our deep expertise, we’re breaking new ground in autonomous equipment for mining, quarry/aggregates, and construction industries and beyond.”