The 77,000-square foot building in Waltham, Massachusetts combines company operations that had previously been located in a variety of office space around the city metro area, a company spokesperson said. The company can now perform manufacturing, technology demonstrations, research and development, engineering, and customer service under a single roof.

Consolidating those functions into one space will help the firm to accelerate development of its autonomous vehicle technology and increase its market share in a global material handling market that saw 2018 sales of 1.3 million lift trucks, Vecna CEO Daniel Theobald said in remarks at the opening event. Vecna intends to apply its technology to help companies in that sector stay fully staffed in a tight labor market by using robotics to boost warehouse employees’ engagement and productivity, Theobald said.

The new facility opened barely a month after the company made a change in the corner office, as previous CEO Dan Patt stepped down after leading the company for 21 months , according to published reports. He was replaced by Theobald, who had co-founded parent company Vecna Technologies in 1998. Vecna Robotics spun off from that company in June of 2018 after landing venture capital investment and declaring its intent to maximize its impact on both robotics and human workflow in the industrial sector.

Despite all the changes, Vecna Robotics has been gaining traction in the sector, announcing last week that it is teaming with lift truck vendor UniCarriers Americas (UCA) to create a line of autonomous material handling vehicles for warehouses, distribution centers, and manufacturing environments, the companies said.

That relationship could shape up to be a “good marriage” by offering Vecna the opportunity to quickly scale up its market share by accessing UCA’s large dealer network, a UCA spokesman at the event said. In return, UniCarriers will gain the ability to help its customers handle challenges like high labor turnover by using robotics to move more goods on the warehouse floor and to keep up with the demands of e-commerce fulfillment, he said.

In a tour of its new facility, Vecna showed three autonomous vehicles, including a self-driving tugger platform with a carrying capacity of 10,000 pounds, according to David Clear, Vecna’s vice president for new business development. A second vehicle was a pallet jack that performs autonomous pickup and dropoff of loaded pallets, shuttling them between receiving, storage, cross-docking, and outbound stations. And a third unit was a prototype version of a tote retrieval system that will act as a mobile automated storage and retrieval system (AS/RS), Clear said.

All three vehicles share a common navigation system and use Vecna’s artificial intelligence (AI)-based “Pivot.al” platform that acts as a resource optimization system, allocating tasks to the nearest vehicle or manual worker to get the work done most efficiently, he said. 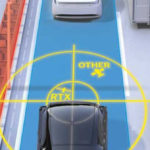