Ford has announced some updates for its self-driving business giving a glimpse into how far along its service has come and how safety is a priority for the Detroit-based automotive major. As a part of the self-assessment report, Ford has revealed how it works in tandem with a multitude of cities and Argo AI, a self-driving company it has invested in. This report has been shared with the US Department of transport as well.

It has developed its newest self-driving test vehicle called the Escape. Escape is an EV and has the latest in sensor and computing technology Ford claims in a blog post. “The Escape – with a modified exterior and interior designed to deliver a great customer experience – is also the type of vehicle we will initially launch our service with,” said Ford in a blog post.

Both Ford and Volkswagen have jointly invested in Argo AI

Ford is working closely with cities and customising its service for the unique needs of every city. It cites the example of Miami where it has worked extensively with the city.

“An example of our collaboration is our Ford-designed smart infrastructure in Miami. We worked closely at the city, county and state level to begin researching complex intersections. While our self-driving vehicles will be fully capable of safely navigating the streets on their own, we are looking at how we can provide self-driving vehicles with even more information before they approach busy or tricky intersections, giving them additional context about the activity ahead,” said Ford’s John Davis, its director for autonomous vehicles and future technology.

COVID19 has touched everything and the self droving business has also been impacted. Ford is looking into making things safer and sanitised and making sure the right processes are in place for its customers.

Its investment in Argo AI is a big part of the self-driving future. Recently, Argo announced its LiDAR sensor which will have a range of 400 meters which is higher than what LiDAR makers like Luminar are offering. Argo AI is working closely with Ford’s engineering team and now Ford’s self-driving cars have redundancies in place and are designed to be fail-functional. 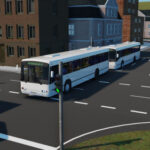