AutoX operates China’s largest service area for fully driverless RoboTaxis across 65 square miles (168 square kilometers) of Shenzhen, China’s leading tech hub. Being able to navigate all the public roads in the Pingshan District in Shenzhen, AutoX has become the first RoboTaxi service to cover an entire district in a Chinese megalopolis.

AutoX is the frontrunner of RoboTaxi in China, with the mission of ‘Democratizing Autonomy’ to accelerate the advent of fully driverless cars. The company’s self-driving platform is capable of handling the most challenging and dynamic traffic scenarios in urban cities around the world. AutoX operates the largest size of RoboTaxi fleet in China, including Shenzhen, Guangzhou, Shanghai, and Beijing. AutoX is the first and right now the only company in China operating a fully driverless RoboTaxi service on public roads without any safety driver. AutoX also obtained the World’s second driverless RoboTaxi permit from California.

More From: Localization and Mapping (SLAM) 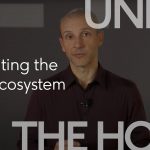