Cruise, a majority-owned subsidiary of General Motors, will acquire self-driving startup Voyage in another major autonomous vehicle merger. The announcement came less than a week after news first surfaced that the two companies were in talks about an acquisition. The terms of the deal were not disclosed.

Cruise mainly operates its autonomous vehicles in dense, urban settings like downtown San Francisco, while Voyage oversees a fleet of low-speed autonomous vehicles providing trips to residents of several retirement communities. Both companies have tested their vehicles without a safety driver behind the wheel and aspire to launch full-fledged commercial robot taxi services.

“The self-driving industry is consolidating”

“The self-driving industry is consolidating, and the leaders of a trillion-dollar market are fast emerging,” Voyage CEO Oliver Cameron said in a statement. “After being intimately involved with the AV industry for the last five years, I can say with certainty that Cruise — with its advanced self-driving technology, unique auto-maker partnerships, and all-electric purpose-built vehicle with no human controls — is poised to be the clear leader.”

Voyage is a spinoff from Udacity, an online learning service that offers courses in driverless technology. Cameron headed the startup’s open-source self-driving project before launching his own venture. Sebastian Thrun, Udacity’s chairman and one of the founders of Google’s self-driving car project, was briefly chairman of Voyage before a conflict forced him to step down. The company operates a fleet of self-driving cars in two retirement communities, one near San Jose, California, and the other north of Orlando, Florida, both called The Villages. But Voyage doesn’t want to be seen as the exclusive AV service for senior citizens.

“I think sometimes people think Voyage is all about just low speed, zero to 25 mile-an-hour autonomy,” Cameron said in an interview with The Verge in 2019. “We’re not. We’re going to expand our capabilities over time, to zero to 35 [mph], to zero to 55 [mph], to zero to 65 [mph]. And one day we’ll connect all the roadways in the US with a Level 4 self-driving car. But we’re not going to say that’ll be delivered next year. And we’re not going to wait to build a business before that’s ready.”

“I think sometimes people think Voyage is all about just low speed, zero to 25 mile-an-hour autonomy”

Cruise recently began testing its fully driverless vehicles in San Francisco for the first time, but the company still doesn’t allow non-employees to ride in its vehicles. Cruise had planned to launch a commercial taxi service in 2019 but failed to do so, and it has yet to publicly commit to a new date.

Last year, Cruise unveiled the Cruise Origin, a fully driverless prototype vehicle without a steering wheel, pedals, or any controls typically associated with human driving. The vehicle, which will go into production at GM’s Detroit-Hamtramck plant, is built to be shared by multiple passengers — though it remains to be seen how much appetite there is for shared vehicles in a post-COVID world. Cruise recently unveiled a new set of safety protocols intended to keep people socially distant during trips and the vehicle sanitized between fares. 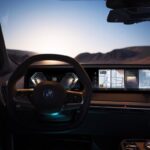 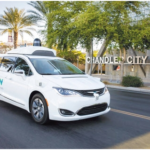