While many self-driving vehicles have achieved remarkable performance in simulations or initial trials, when tested on real streets, they are often unable to adapt their trajectories or movements based on those of other vehicles or agents in their surroundings. This is particularly true in situations that require a certain degree of negotiation, for instance, at intersections or on streets with multiple lanes.

Researchers at Stanford University recently created LUCIDGames, a computational technique that can predict and plan adaptive trajectories for autonomous vehicles. This technique, presented in a paper pre-published on arXiv, integrates an algorithm based on game theory and an estimation method.

“Following advancements in self-driving technology that took place over the past few years, we have observed that some driving maneuvers, such as turning left at an unprotected intersection, changing lanes or merging onto a crowded highway, can still be challenging for self-driving cars, while humans can execute them quite easily,” Simon Le Cleac’h, one of the researchers who carried out the study, told TechXplore. “We believe that these interactions involve a significant part of negotiation between the self-driving vehicle and the cars in its surroundings.”

Humans are generally able to figure out the goals of other drivers operating vehicles in their surroundings and negotiate decisions, such as who goes first at a given intersection. In their study, Le Cleac’h and his colleagues tried to replicate this ability and the complex behaviors underpinning it in autonomous cars. Their overall goal was to allow self-driving cars to identify the objectives of other vehicles in their surroundings in order to plan more suitable trajectories in scenarios that involve some degree of negotiation.

“Our work combines two primary tools, an algorithm that relies on game theory and an estimation technique,” Le Cleac’h said. “The game theory-based component allows the self-driving car to reason about the interactions with other agents (vehicles, pedestrians, cyclists etc.) when their objectives might not be completely aligned with its own objective. The estimation part, on the other hand, allows a self-driving vehicle to rapidly discover the underlying objectives of other agents while interacting with them, which could be, for instance, the desired speed, desired lane or the level of aggressiveness of each vehicle interacting with the self-driving car.”

LUCIDGames, the technique proposed by Le Cleac’h and his colleagues, is designed to provide self-driving vehicles with the ability to quickly identify the objectives of both cars and pedestrians in their vicinity. This allows them to predict what these agents will do in the future and operate safely around them, even in complex scenarios.

The system created by the researchers is composed of an “estimator,” a technique to identify the objectives of drivers, and a “decision-maker,” an algorithm that controls the steering angle and acceleration of the self-driving vehicle. The decision-maker identifies the most suitable trajectories for the vehicle based on the information gathered by the estimator.

“Initially, a self-driving car does not know the objectives of the cars driving alongside it, so the estimator takes guesses at the objectives of the cars.” Le Cleac’h explained. “For each guess, the autonomous car predicts what the trajectory of the cars will be for the next few seconds; then it compares the predictions to what happened in reality. The guess that was the most accurate in predicting the future is retained.”

After this initial training, LUCIDGames samples new guesses of the other agents’ trajectories that are very close to retained guesses and evaluates their prediction performances. By repeating this process several times per second, it refines its guess and comes up with a final prediction of how other agents in its surroundings will move.

“With our technique, the self-driving car is also aware of when it can be confident in its guess and when there is too much uncertainty and the confidence is lower,” Le Cleac’h said. “In these uncertain situations, it will take actions that are more cautious and keep greater safety distances with other vehicles.”

The estimation component of the technique devised by Le Cleac’h and his colleagues also allows self-driving cars to adapt their decisions based on the type of driver it encounters in the street. For instance, it can determine whether a driver is particularly aggressive, allowing the decision-making component to adapt the autonomous car’s trajectories and movements accordingly (e.g., keeping larger safety distances with the vehicle operated by the aggressive driver). Without this estimation technique, a self-driving car would move in the same way and perform the same actions regardless of whether drivers in its surroundings are cautious or aggressive, which could increase the risk of accidents.

“We have seen that combining concepts from game theory and estimation was an efficient way to generate complex driving behaviors for the self-driving car in scenarios where interaction and negotiation with other drivers is key,” Le Cleac’h said. “Our algorithm was able to perform estimation and make decisions for the self-driving car on realistic driving scenarios at a rate that was fast enough to make it applicable in practice.”

In the future, LUCIDGames could help to enhance the safety and reliability of self-driving vehicles, allowing them to move in adaptive ways by anticipating the movements and actions of agents in their surroundings. So far, Le Cleac’h and his colleagues only evaluated the technique in simulations, but they are now planning to test it on real autonomous cars.

“Our research is partially funded by Toyota Research Institute (TRI), and we are planning to work with TRI to test LUCIDGames on their vehicles,” Le Cleac’h said. “Our lab (the Multi-Robot Systems Lab at Stanford) has already been experimenting with game-theoretic interactions between vehicles on small scale model cars, and on a full-scale self-driving car by partnering with the Center for Automotive Research at Stanford (CARS).” 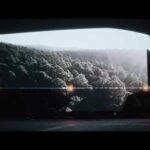