Industrial sensor giant Teledyne will acquire FLIR, an Oregon-based company that makes thermal-imaging and night vision technology, the companies announced Monday. The deal is worth $8 billion in a mix of cash and stock.

“At the core of both our companies is proprietary sensor technologies. Our business models are also similar: we each provide sensors, cameras and sensor systems to our customers,” Teledyne chairman Robert Mehrabian said in a statement. The companies’ sensors are “uniquely complementary, with minimal overlap,” he added, which could be important when regulators decide whether to approve the acquisition.

Oregon-based FLIR makes thermal-imaging and night-vision technology for the military and for industrial and consumer applications — if you’ve ever seen infrared footage, there’s a good chance it was captured with a FLIR camera. FLIR also has some $60 million in contracts with the Army for its Black Hornet drone, and its Hadron thermal camera is used in other Army-approved drones. FLIR also supplies thermal imaging cameras for Zoox’s self-driving robotaxi, which helps the vehicles better “see” people and driving conditions, particularly important in urban areas.

Teledyne might also have tech that’s handy for self-driving vehicles: in addition to making thermal sensors for defense and industrial clients, including NASA, it’s one of the companies that the builds the LIDAR (light detection and ranging) sensors you might see atop a self-driving car. Its LIDAR was also used in NASA’s OSIRIS-REx mission last October, helping to map the surface of the Bennu asteroid so it could collect samples to bring back to Earth. Teledyne isn’t to be confused with Velodyne, whose LIDAR featured in some of the earliest self-driving prototypes and in Google’s early cars, among others.

The acquisition is expected to close sometime in the middle of the year, the companies said, pending regulatory approval. 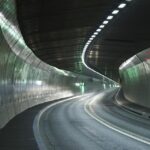