According to officials, Cruise, General Motors’ autonomous driving unit, has created its own chips for self-driving cars that will be used by 2025 to reduce costs and increase output, as reported first by Reuters.

By using specialized CPUs rather than Nvidia’s products to power their vehicles, Cruise is borrowing a strategy from EV producer Tesla.

Head of Cruise hardware Carl Jenkins seemed to refer to NVIDIA when he said that two years ago, they were paying a lot of money for a GPU from a “famous vendor.” He said Cruise could not negotiate because the industry has not yet begun producing autonomous vehicles in large quantities.

Although it recently became the first firm to obtain approval to charge for autonomous rides, its activities are still limited, and its technology is still in the exploratory stages, as noted by Reuters.

“There is no negotiation because we’re tiny volume. We couldn’t negotiate at all. So that’s why I said, okay, then we have to take control of our own destiny,” Jenkins said in a statement with Reuters.

The unique chips that will power Cruise executives’ Origin vehicle, which has no pedals or steering wheel, were revealed this week for the first time.

Jenkins claimed that scaling up the production of cars that use numerous processors will allow for the repayment of expenditures made for in-house chip research.

However, he opted not to disclose the project’s investment by the corporation.

In 2025, the Origin will “hit that sweet spot from a cost perspective,” according to Cruise CEO Kyle Vogt, and personal ownership of autonomous vehicles will be feasible.

This comes after GM CEO Mary Barra said earlier this year that the company would have a “personal autonomous vehicle” by the middle of the next decade.

According to Jenkins, Cruise has created four internal chips so far: the Horta computing chip, which serves as the vehicle’s brain; Dune – analyzes sensor data, a chip for the radar; and one that will be revealed later.

Additionally, the sensors and computer chips would use less power, extending the driving range. 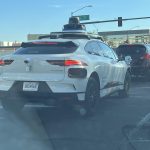